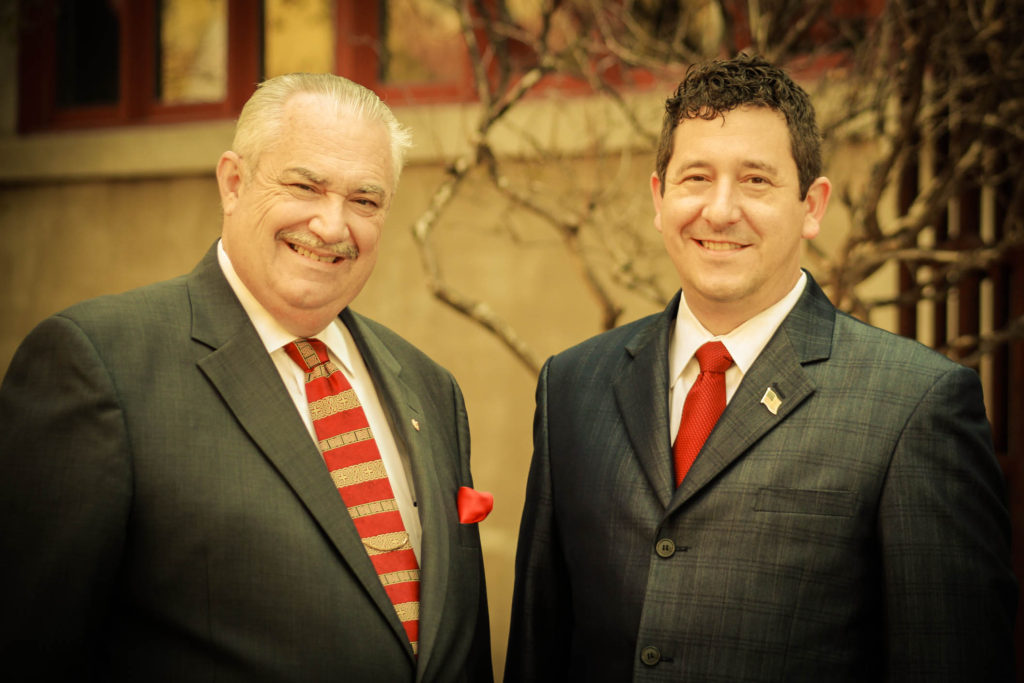 In 1990 Tim Hutton and his partner Bert Demicell founded Demicell & Hutton. Tim and Bert successfully worked together for over 10 years.

In the summer of 1996, Paul began working with Tim and Bert part-time while attending college. Paul graduated from the University of North Texas in 1997 began his career working as the office and service manager.

In early 2000 Bert expressed a desire to slow down and spend more time with his family. His wife Barbara’s health was not doing well and they wanted to spend time with their family. It was with heavy hearts that Tim and Bert parted ways after a successful partnership of over 10 years. Tim and Paul reorganized the company under the new name of Hutton Financial Advisors. Tim became President and CEO of the company while Paul served as the Vice President.

In August 2013 Tim passed away from a brief but fierce fight with cancer. To many people he was more than just a financial advisor, he was their friend. Tim’s background began as a minister in the Church of Christ from 1969 to 1975. Like his father before him, Jack Hutton, who was also a minister, he had a tremendous love for people and a servant’s heart. Tim made sure to pass this heritage down to each of his kids. He created the mission statement for the company: “Helping You Reach Your Dream.” He understood that we are in the business of helping people and must always put them first. He is loved by so many people and greatly missed. (Tim Hutton, April 11, 1949 – August 23, 2013)

It was during this difficult time that Paul assumed the new role as President and CEO of the company. He had spent the past 16 years as a protégé under Tim. As he has looked back over those years, he is so thankful for all of the experiences, time spent listening and training under his father. He not only learned how to run a successful wealth management and financial planning firm, he also learned the two most important lessons needed to be successful in every area of life from his father. The apostle Mark wrote in Mark 12:30-31 “Love the Lord your God with all your heart and with all your soul and with all your mind and with all your strength.’ The second is this: ‘Love your neighbor as yourself.’ There is no commandment greater than these.” It is from this scripture that the mission statement “Helping You Reach Your Dreams” was crafted. Everything that we do at Hutton Financial Advisors is about You and helping you achieve your dreams – putting you and your family first.

– 2016, A Move from Transamerica to Woodbury

In January 2016 Paul learned that Transamerica who he had spent the past 19 years with had sold its core business to Signator Advisors out of Massachusetts. After spending some time interviewing the new management at the company he realized that they did not share the same core values that he had at Hutton Financial. It was at that time that he began searching for a new broker-dealer affiliation. It was vital to make sure that the new company that he move to would share the same core values that he had at Hutton Financial. The transition needed to be a positive move forward all the way around from new and improved services to updated technology. After interviewing over fifteen different companies in the industry and praying over where he felt the company needed to go, he decided on a well-established group out of Minnesota. The company shares the same core values that he has as well as tremendous improvements in technology and services that are beneficial to all of our clients. On May 1, 2016 Hutton Financial Advisors officially transitioned to Woodbury Financial Services.

– Moving Forward and Beyond

Since our very beginning in 1990 we have been working tirelessly to serve people just like you. Our mission is resilient and remains the same so many years later. We’re here to Help You Reach Your Dreams. Our core values are to Provide You Quality Wealth Management and Financial Planning. Our mission is to Serve You with Integrity, Honesty and Loyalty, to Offer You Unsurpassed Service and to Maintain a Foundation of Generosity.

We believe in your future and hope that you will allow us to work with you and your family.

Check The Background Of This Investment Professional On FINRA's Broker Check